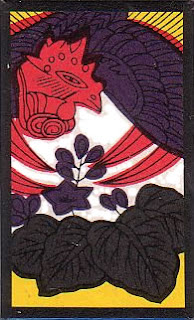 In Japan, the mythical Phoenix was adopted as a symbol of the Imperial household and in particular, the Empress. This mythical bird represents fire, the sun, justice, obedience, fidelity and the southern constellations. 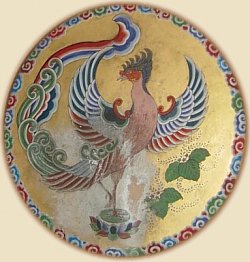 According to Chinese legend, the Hō-ō appears very rarely and only to mark the beginning of a new era (like the birth of a virtuous ruler, for example). In other traditions, the Hō-ō appears only in peaceful and prosperous times (nesting, it is said, in Paulownia trees) and hides itself when there is trouble. As the herald of a new age, the Hō-ō decends from heaven to earth to do good deeds and then it returns to its celestial abode to await a new era.

It is both a symbol of peace (when the bird appears) and a symbol of disharmony (when the bird disappears). In China, early artefacts show the Phoenix (female) as intimately associated with the Dragon (male) and the two are portrayed either as mortal enemies or as blissful lovers. When shown together, the two symbolise both conflict and wedded bliss and are a common design motif in many parts of Asia.

The mythical Chinese bird is thought to have been introduced into Japan in the Asuka period (mid 6th to mid 7th century AD). The Phoenix has a bird's beak, a Swallow's jaw, and a Snake's neck; the front half of its body is thought to resemble a Giraffe, the back half a Deer. Its back resembles a Tortoise and its tail is like a Fish. 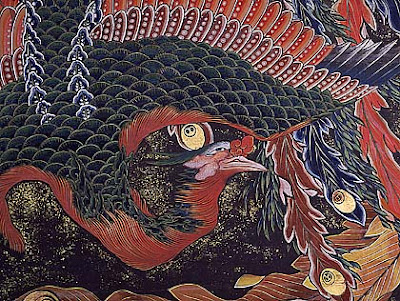 It is often shown in a Paulownia tree (Chinese Parasol tree), with bamboo in the background, or surrounded by Chinese Arabesque foliage. It became a popular decorative motif in the Nara period and was used on a wide variety of items including textiles, mirrors, chests and lacquerware. 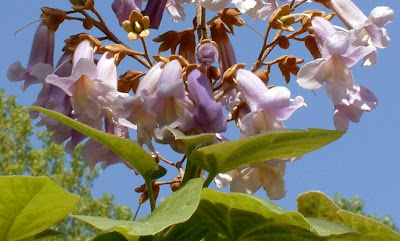 Outstanding early examples of Phoenix designs can be seen on the ceiling of Hōryūji Kondō Nishi-no-ma (法隆寺金堂西の間) (late 7th century). Hō-ō depicted on the back of mirrors were popular in the Heian period (9th-12th century). Some of these used a Chinese style but others Japanized the Hō-ō motif, replacing Arabesque foliage with Japanese wild grasses and changing the bird to resemble a blue Magpie or a Crane. 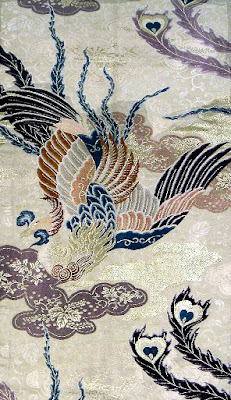 A famous pair of Hō-ō statues, made of copper and measuring one metre in height, can be seen on the roof of Byōdō-in Hō-ō-do (平等院鳳凰堂), Kyoto (10th century). 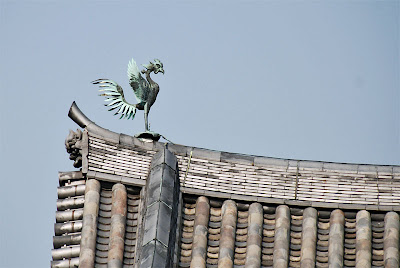 Throughout the 13th to 19th centuries, the Hō-ō remained a popular design, particularly on gold and silver lacquered boxes and for Noh (theatre) costumes. The original Chinese background of Paulownia and bamboo was gradually replaced by combinations of Peonies, Cherry blossoms, Crysanthemums and other seasonal Japanese wild flowers. 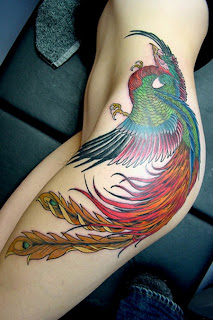