Mushi (虫, which means 'insect') is a popular (and easy) two player game from Japan's Kansai (関西地方) or Kinki (近畿地方) region (the area centred around the cities of Osaka and Kyoto).  It is very similar to Hana-Awase and it employs pretty much the same game mechanics.
Two major differences between Mushi and games like Koi-Koi and Hana-Awase is that only 40 of the standard 48 cards are used (the June and July suits are discarded) and the November Lightning (or Storm) card is utilised as a wild card.
How to play...
1) Remove the June (Hagi/Bush Clover) and July (Botan/Peony) suits from the deck (unless you have a special 'Mushifuda' deck like 'Dai-Shogun' or 'Glory' of course) as these are not used to play Mushi.
2) Decide who will be the 'Oya' or Dealer.  You can do this many ways...by a coin toss, by a game of Rock, Paper, Scissors, by rolling a die or just by good old fashioned agreement.  However, I recommend the two card method, where two face down cards are picked and the player that draws the earliest month (e.g. February beats October) becomes the first 'Oya'. If both players draw the same month then the higher rank card wins. If both players draw a junk card of the same month, then this process is repeated.
3) The Dealer deals his opponent four cards face down.  The Dealer then deals four cards face up in the field and then he deals himself four cards face down.  The Dealer then repeats this process (the very same process as for Koi-Koi and Hana-Awase).  Each player will now have eight cards and there will be eight cards face up in the field.
4) Players then try to capture cards in the same way as they do in Koi-Koi, however just like Hana-Awase, players are not allowed to 'stop' when a scoring hand is made, they play on until all cards have been captured.  A game of Mushi usually consists of twelve rounds but you can play as many rounds as you like. The winner of a round becomes the Dealer for the next round.
5) There are only four captured scoring hands (yaku) in Mushi:
Five Lights - Goko - 30pts

Three Lights - Sanko - 25pts
(January and March Light cards plus February's Animal card. Not to be confused with the Sanko yaku in Koi-Koi). 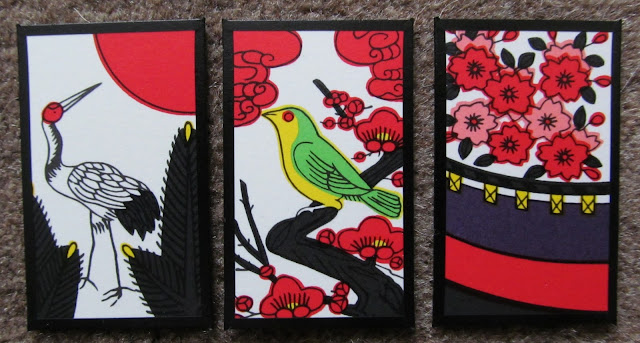 Paulownia Row - Kiri Shima - 10pts
(All of the December cards)

Wisteria Row - Fuji Shima - 10pts
(All of the April cards)

6) In addition to the yaku above, all cards score their nominal value:
Lights - 20pts each
Scrolls - 5pts each
Animals - 10pts each
Junk - 1pt each
7) November's Lightning/Storm card is used as a wild card: 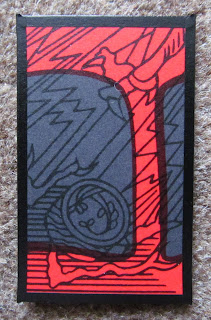 The wild card can be used to capture any card except for the other three November/Willow cards.

A Players' score is determined as follows:


a) Captured hands (if any made by the player) +


b) The individual card values of all cards captured by the player,


c) MINUS Captured hands value (if any) of their opponent, 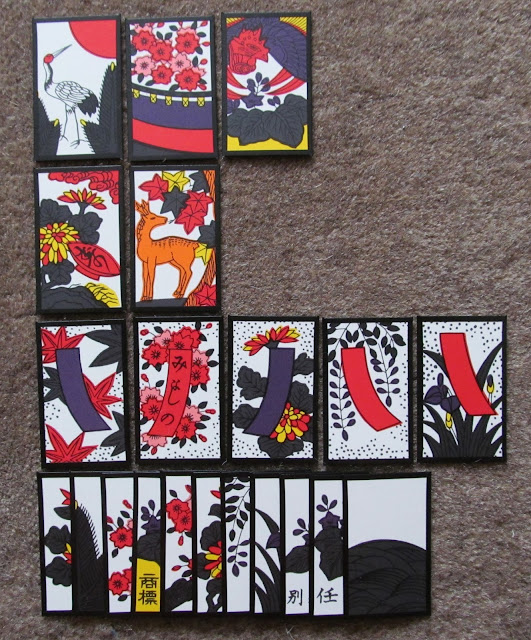