Yoshino and Sakura no Tan

'Sakura no Tan'
On the Tanzaku (Scroll) above is the word 'Miyoshino'.  'Mi’ is a term of respect and ‘Yoshino’ is the place name. The Emperor of Japan had a villa there. Thus, ancient Japanese people called the place ‘Miyoshino’ out of respect for their Emperor.

Yoshino is located in the northern portion of Yoshino District in Nara prefecture and the majority of the town is covered by mountains.  It has an estimated population of 9,397. 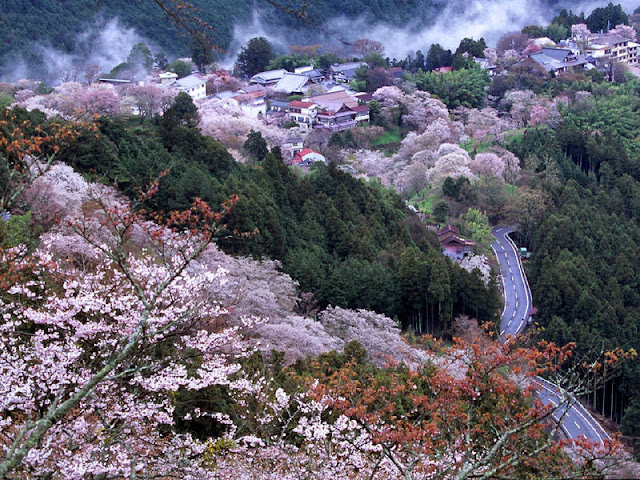 For adherents of Shugendo, Yoshino is the traditional beginning of the Mount Omine pilgrimage trail; however, many hikers begin and end their trek from the Dorogawa district of Tenkawa Village.

Mount Yoshino is famous for its 30,000 Sakura (Cherry) trees. These flowering specimen trees were planted in four groves at different altitudes, in part so that the famed trees would come into bloom at different times of the spring. 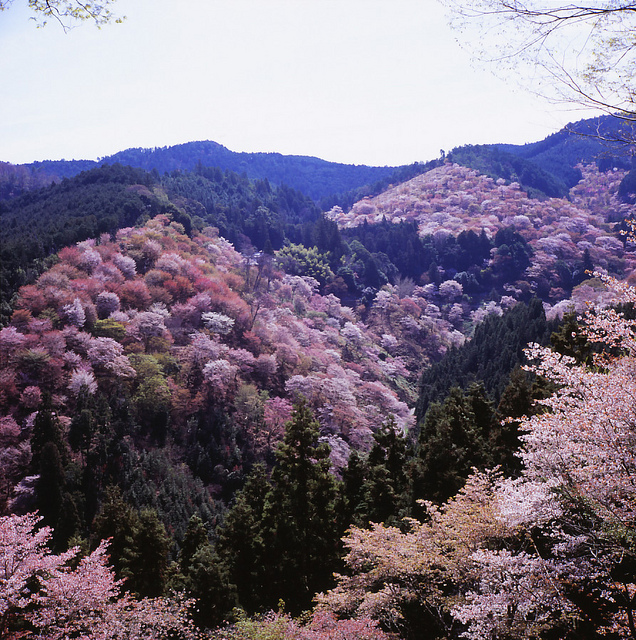