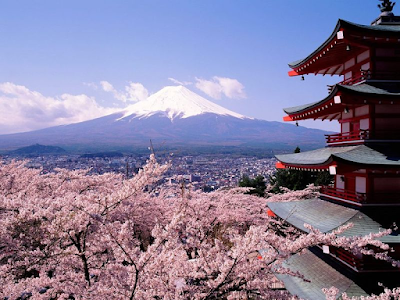 Hanami-zake (like Tsukimi-zake) is an optional hand in Koi-Koi, which is fairly easy to obtain and scores an easy 5 points. 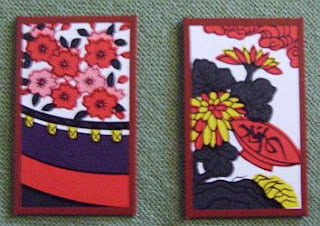 From the end of March to early May, Sakura bloom all over Japan and around the first of February on the island of Okinawa. The blossom forecast (桜前線, Sakura-zensen, literally Cherry blossom front) is announced each year by the weather bureau and is watched carefully by those planning Hanami as the blossoms only last a week or two. 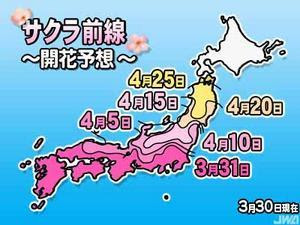 In modern-day Japan, Hanami mostly consists of having an outdoor party beneath the Sakura during daytime or at night. In some contexts the Sino-Japanese term kan'ō (観桜, view-Cherry) is used instead, particularly for festivals. Hanami at night is called yozakura (夜桜, literally night Sakura). 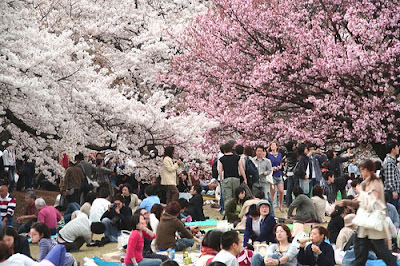 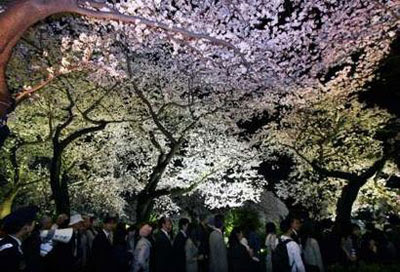 In many places such as Ueno Park, Tokyo temporary paper lanterns are hung for the purpose of yozakura. On the island of Okinawa, decorative electric lanterns are hung in the trees for evening enjoyment, such as on the trees ascending Mt. Yae, near Motobu Town or at Nakijin Castle.

A more ancient form of Hanami also exists in Japan, which is enjoying the Plum blossoms (梅 Ume) instead, which is narrowly referred to as Umemi (梅見, Plum-viewing). This kind of Hanami is popular among older people because they are more calm than the sakura parties, which usually involve younger people and can sometimes be very crowded and noisy.

The practice of Hanami is many centuries old. The custom is said to have started during the Nara Period (710–794) when it was Ume blossoms that people admired in the beginning. But by the Heian Period (794–1185), Sakura came to attract more attention and Hanami was synonymous with Sakura. From then on in tanka and haiku, 'flowers' meant Sakura. 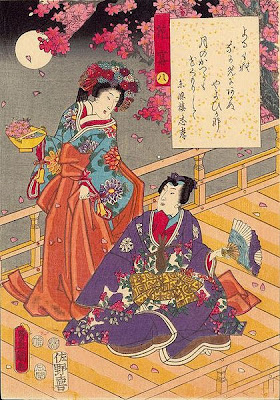 
Sakura originally was used to divine that year's harvest as well as announce the rice-planting season. People believed in kami inside the trees and made offerings. Afterwards they partook of the offering with sake.


Emperor Saga of the Heian Period adopted this practice and held Flower-viewing parties with sake and feasts underneath the blossoming boughs of Sakura trees in the Imperial Court in Kyoto. Poems would be written praising the delicate flowers, which were seen as a metaphor for life itself, luminous and beautiful yet fleeting and ephemeral. This was said to be the origin of Hanami in Japan.

The custom was originally limited to the elite of the Imperial Court but soon spread to Samurai society and by the Edo period, to the common people as well. Tokugawa Yoshimune planted areas of Cherry blossom trees to encourage this. Under the Sakura trees, people had lunch and drank sake in cheerful feasts. 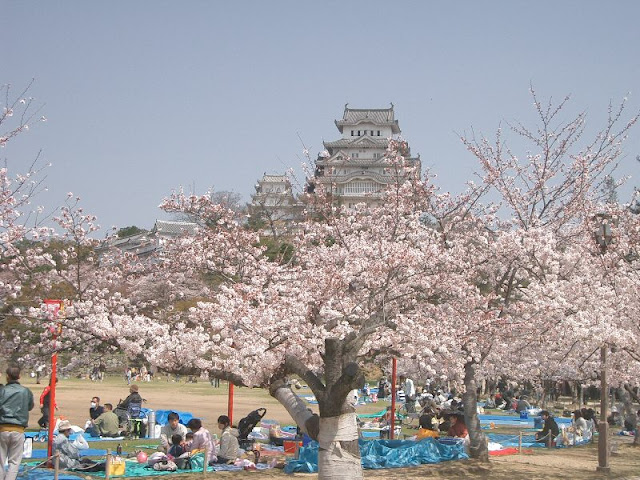 Hanami parties in the grounds of Himeji Castle
Today, the Japanese people continue the tradition of Hanami, gathering in great numbers wherever the flowering trees are found. Thousands of people fill the parks to hold feasts under the flowering trees and sometimes these parties go on until late at night. In more than half of Japan, the Cherry blossoming period coincides with the beginning of the school and fiscal years and so welcoming parties are often opened with Hanami. The Japanese people continue the tradition of Hanami by taking part in the processional walks through the parks. This is a form of retreat for contemplating and renewing their spirits. 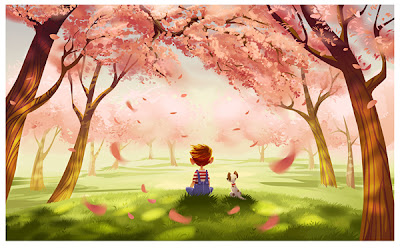