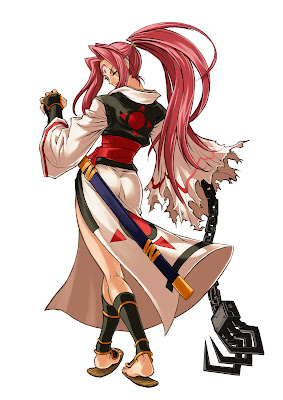 Baiken (梅喧) is a one-armed, pipe smoking Samurai and is one of the few characters of Japanese descent in the Guilty Gear (ギルティギア) fighting game series by Arc System Works (which debuted in 1998 on PlayStation). Baiken was a hidden character in Guilty Gear but became a normal character in later installments. Baiken is one of my favourite characters and I still cannot decide whether she or Jam is my favourite Guilty Gear character but nonetheless it brings back good memories of playing on the PSP!

Her background is that during the Crusades, the nation of Japan was destroyed by the Gears. Following this, those of Japanese descent who still lived were declared cultural treasures and placed in special 'colonies'. When Baiken was a child, the Gears attacked the Japanese Institute she was living in at the time. During the invasion, she witnessed the bloody death of her parents and other people, her right arm was severed and her left eye gouged out. Amidst the flames, she could only see the silhouette of 'That Man' and swore revenge on him (and presumably the Gears as well) for what they had done. She trained herself in the use of the katana and dedicated herself to hunting 'That Man' down. 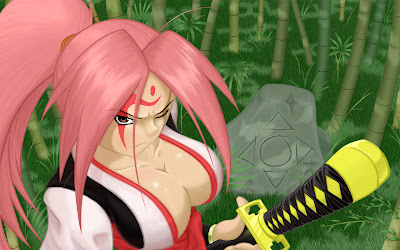 The character of Baiken was heavily inspired by Himura Kenshin, to the point where her initial physical appearance in the first game was a pallette swap of Kenshin. It is said that Daisuke Ishiwatari (the character designer) got the idea when he saw a picture of Kenshin and mistook him for a woman.  Baiken is likely named (using different kanji) after Baiken Shishido (宍戸梅軒), an Edo period Samurai. 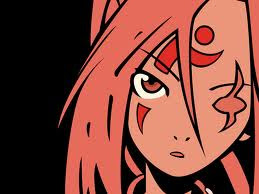 Aside from the superficial similarities to Kenshin, the concept of a one-armed, one-eyed samurai seeking revenge for his/her clan was directly lifted from Hayashi Fubo's popular literary hero, Tange Sazen. Sazen has been the subject of several stage and film adaptations in Japan. Originally a man, the character has also been portrayed as a female in several films, which is most likely where the inspiration for Baiken emerged from. 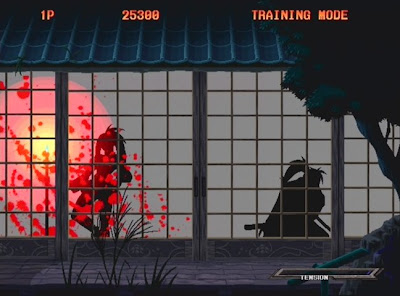 Baiken is also the spiritual successor to Genjuro Kibagami of the Samurai Spirits series of fighting games by SNK (see my January 2012 blog for more).  Although Baiken does not personify Hanafuda like Genjuro does, she does still have Hanafuda shown within some of her 'special moves' (more specifically her 'Force Breaks'). 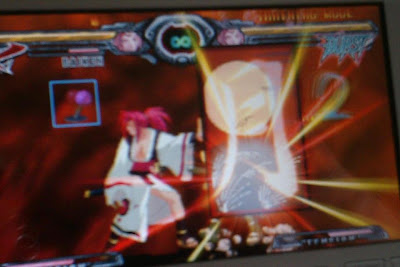 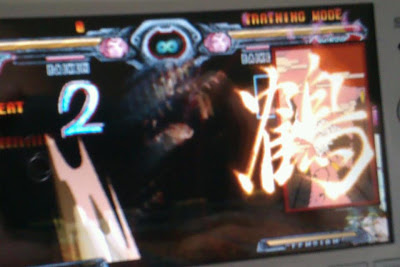 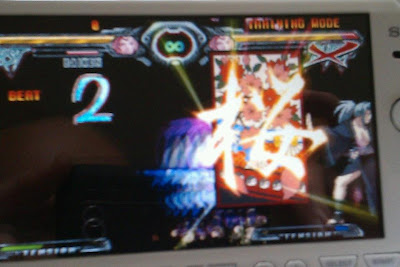 Apologies for the poor quality screenshots but I couldn't find any on the internet so I had to improvise by taking my own on my mobile phone camera.

Baiken also shreds a Tanzaku with her katana in one of her victory pose animations.

*shared with the character Anji Mito 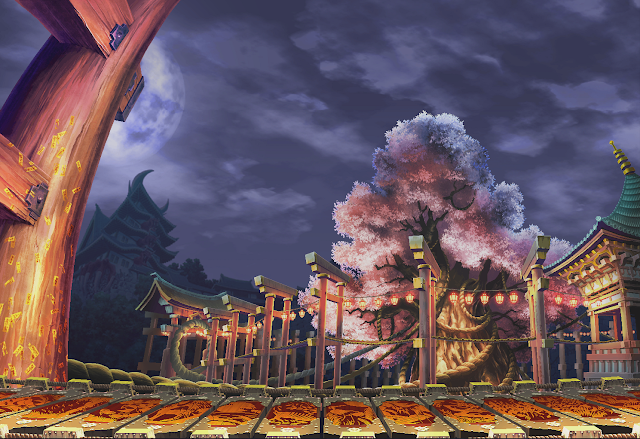 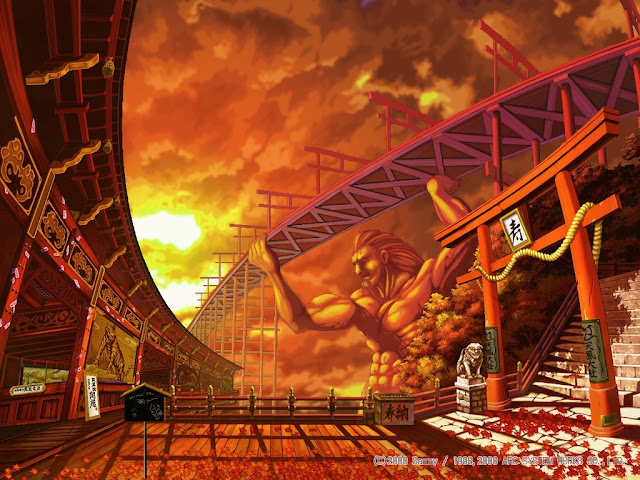 These two 'stage' designs reference Hanafuda with the Tsuki, Sakura and Momiji! 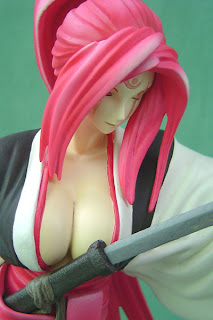