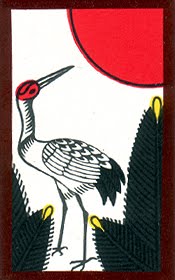 For the Japanese, the Crane (Tsuru) is considered a national treasure, appearing in art, literature and folklore. The Japanese regard the Crane as a symbol of good fortune and longevity because of its fabled life span of a thousand years. It also represents fidelity as Japanese Cranes are known to mate for life. Over time, the Crane has also evolved as a favourite subject of the Japanese tradition of paper folding (Origami) as children and adults attempt to master the art. 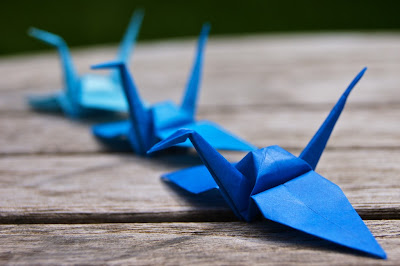 Shortly after the end of the Second World War, the folded origami cranes came to symbolise a hope for peace through Sadako Sasaki (佐々木 禎子) and her unforgettable story of perseverance. Diagnosed with leukemia after being exposed to radiation after the atomic bombing of Hiroshima by the USAF on 6 August 1945, Sadako became determined to reach a goal of folding 1,000 Cranes in hope of being rewarded with health, happiness and a world of eternal peace. Although she died before reaching her goal, the tradition of sending origami Cranes to the Hiroshima memorial has endured as a symbol of the Japan’s ongoing wish for nuclear disarmament and world peace. 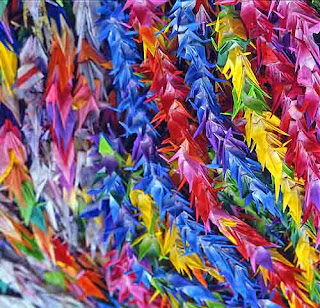 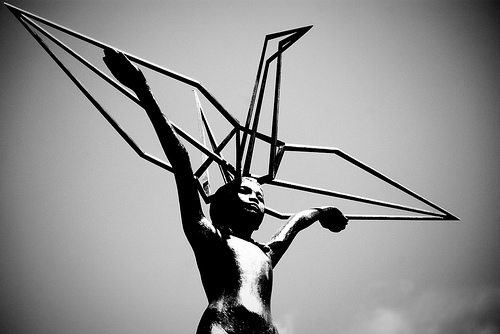 At the base of the monument is a black marble slab on which is inscribed in Japanese:

これはぼくらの叫びです これは私たちの祈りです 世界に平和をきずくための
Kore wa bokura no sakebi desu. Kore wa watashitachi no inori desu. Sekai ni heiwa o kizuku tame no.
This is our cry, this is our prayer: for building peace in the world. 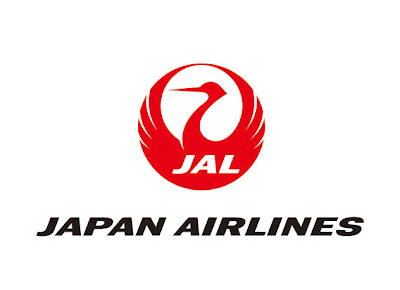