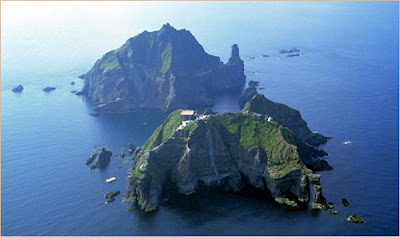 Dokdo, Korea or should it be Takeshima, Japan?  Sovereignty disputes aside this is an interesting Hwatu deck that I recently imported from Korea for around £5 including postage.  At first glance, it looks very much like a standard Hwatu deck, however look a bit closer and you will see a few differences! 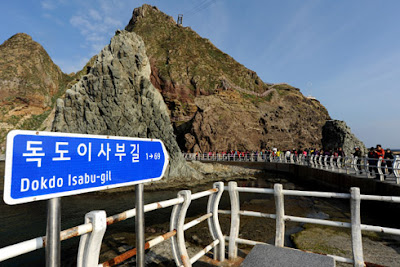 Before we look at the deck though, let me give you a little background about Dokdo or Takeshima.  The Liancourt Rocks (to give them their Anglo-French name) lie almost equidistant between Korea and Japan in the East Sea or the Sea of Japan.  Dokdo means 'Solitary Island' in Korean, whilst Takeshima means 'Bamboo Island' in Japanese.  The name Liancourt refers to a French whaling ship (Le Liancourt) that came close to being wrecked there in 1849.  The islets lie in fertile fishing grounds that may also contain large gas deposits. Korea currently administers the islets whilst Japan claims it as a part of Shimane prefecture and both claims go back several hundred years.  In 1954 and 1962, Japan proposed that the dispute be referred to the International Court of Justice but Korea declined. 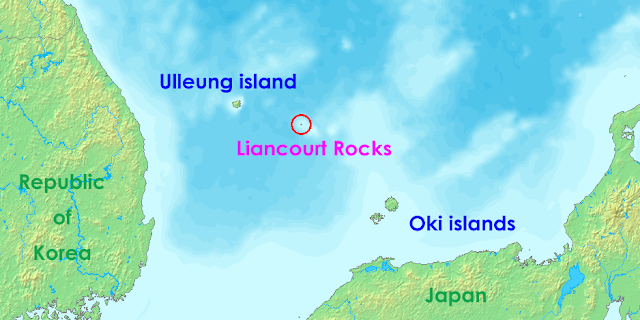 It seems ironic that this deck which pushes the Korean claim to the islets are actually using a type of deck 'introduced' to Korea from Japan! Or maybe that is the whole point!

With it being a localised deck, a few of the suits and elements thereof differ.  Some look to be quite obvious as to what they are, whilst others aren't, although I'm sure these can all be found on or in the sea around Dokdo?!

Here are some images... 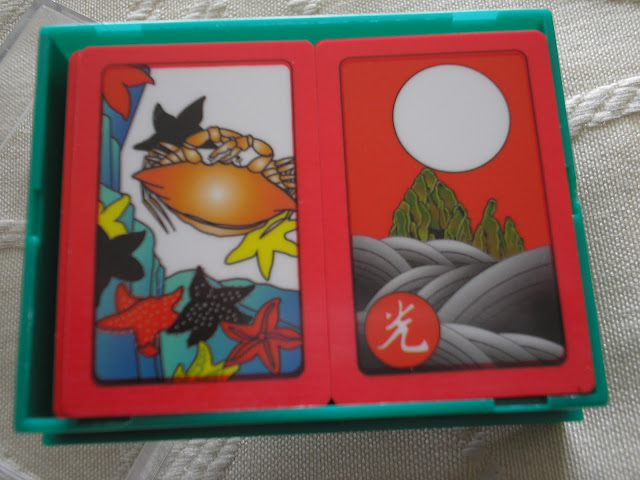 The Deer and Maple are replaced by the Crab and Starfish and the Harvest moon rises above Dokdo in a stormy East Sea (aka Sea of Japan). 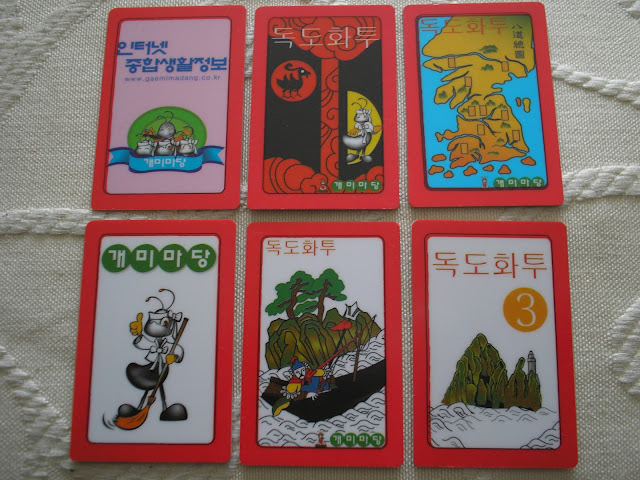 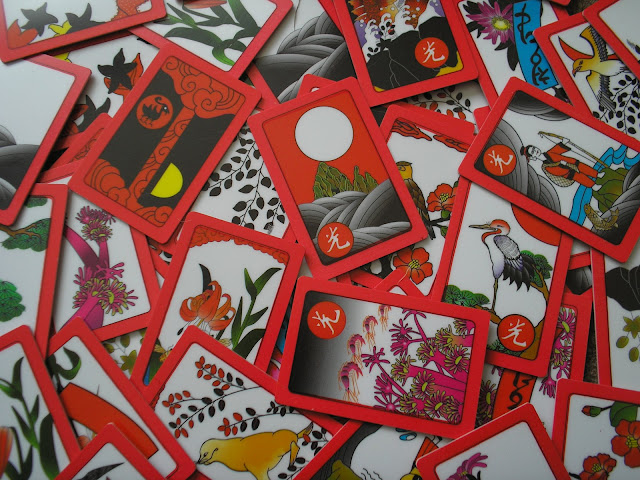 Can you spot some of the differences?