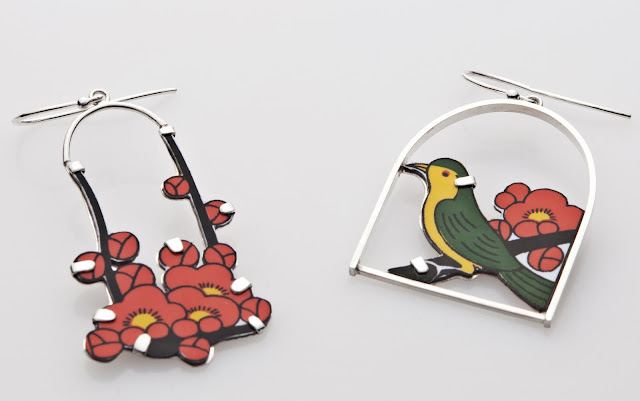 Rebecca Kim is a Melbourne based jeweller who was born in Seoul, Korea. She studied jewellery making in Tokyo, Japan and continued her studies in Melbourne.

She recognises 'design' in all of the objects which are actually found, rather than crafted, and respects the beautiful lines and formations in them. All of her work starts from re-designing the objects, examining the classic shapes then re-defining them into new and inventive creations.

Rebecca says 'when I started using Hanafuda for my jewellery I struggle with such a strong and colourful design. Each pattern was designed with a certain story so I tried not to obstruct the original design purpose. I admire the meaning behind the picture, such as a picture of a maple or a deer, which represents autumn'.
Posted by duarcain at 19:56