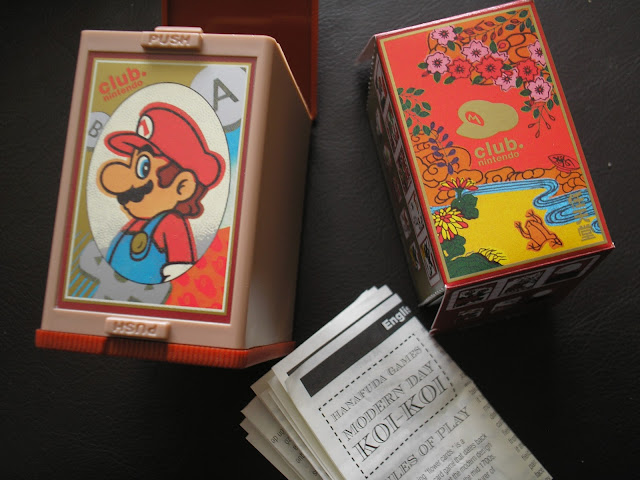 Mario Hanafuda are only available to members of Club Nintendo however decks can be obtained from websites like ebay.co.uk (where I got mine).  A Club Nintendo member collects 'stars' and swaps these for goodies within the Stars Catalogue online.  When this deck first came out in Japan it would cost a Club Nintendo member 400 points. 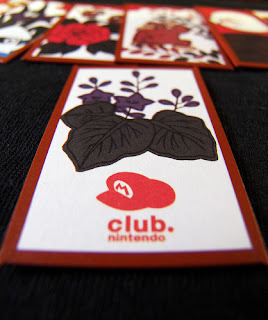 The actual deck follows the tradtional Hachihachibana pattern as used by Nintendo in their Daitoryo and Tengu decks and the deck itself is of the same quality as the Tengu deck.

Being a Mario themed deck, many of the traditional elements have been replaced by characters within the Mario universe.  Here is the list: 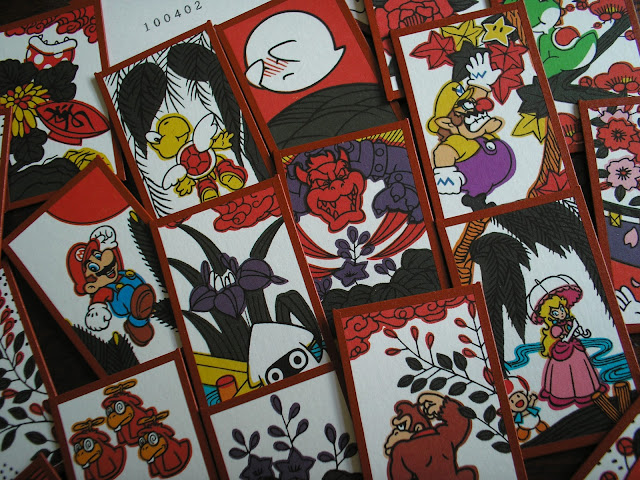