You can't get any more Japanese than Hanafuda - Part Four

In this month, all of the 8 million Shinto gods leave their provincial shrines to congregate at the Great Shrine in Izumo (Izumo Taisha) (the centre of Shinto religion). Izumo is about 60 miles north of Hiroshima. Like the month of June (‘Mizunazuki’), ‘Kaminazuki’ (October) can be interpreted two ways. It can be read as the ‘month of Gods’ or ‘month without Gods’. In this case, both readings can be correct whether you are in Izumo or not. 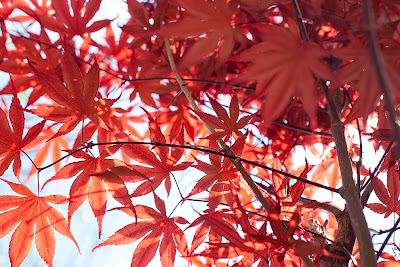 October is represented by the changing autumnal colours of the ‘Momiji’ (Maple) leaves. Although, not technically a flower, the brilliant autumn red leaves of the Maple tree are as colourful as any flower. Like many people around the world Japanese enjoy seeking out groves of maple trees turning hillsides brilliant hues of red and yellow. ‘Momijigari’ is the word for maple leaf viewing. 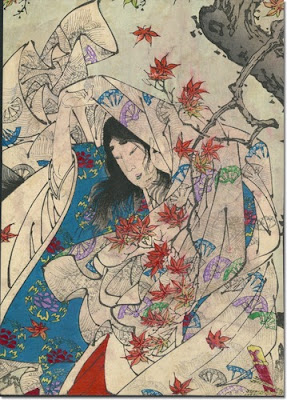 The stag on the Tane (Animal) card represents gentleness. Together with the red Maple, they are a symbol of longevity.  This suit is more commonly known as 'Shika' (Deer) in Japan. 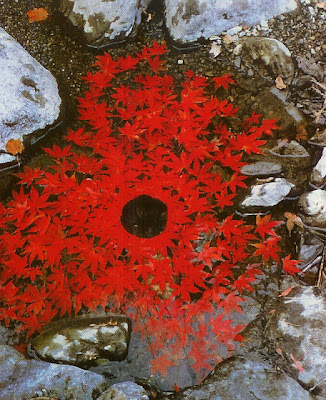 November is known as the ‘Yanagi’ (Willow), or more commonly ‘Ame’ (Rain) suit. The Willow tree is a symbol of grace and strength. In China and Japan, the Willow symbolises the traits of an ideal woman and Geisha are often compared to the Willow. The ‘Tsubame’ (Swallow) is often shown with the Willow. They are seen as good companions and are symbols of happiness and harmony. Swallows are often associated with spring but there are species that migrate to spend the winter in Japan. 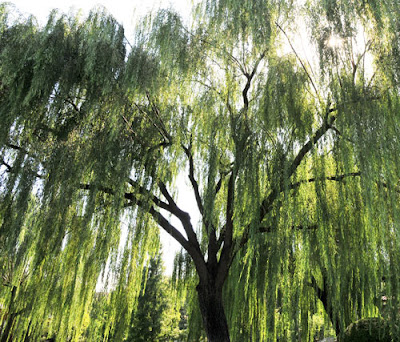 The other notable figure in the November suit is the man with an umbrella. This man is the famous Heian period calligrapher Ono no Toufuu (Ono no Michikaze is the more formal reading of his name). He is credited with creating a Japanese style of writing Chinese characters. Calligraphy in this case is more than just fancy writing. It was very important to have standard ways of writing, especially when using a writing system as complicated as Chinese. A popular story arose in the Edo period about how he was feeling particularly hopeless one rainy day and considered quitting his study of calligraphy. He stopped by a stream near a Willow tree and saw a small Frog trying to leap to a dangling Willow branch. He watched the Frog leap for the branch, but every time the wind would blow it just out of reach. Finally on the eighth attempt, the Frog clung to the branch. Ono no Tofu was inspired by the perseverance of the Frog, and continued his career to become one of the most famous calligraphers in Japan. There are doubts that the story is true, but it is an inspiring tale nonetheless. 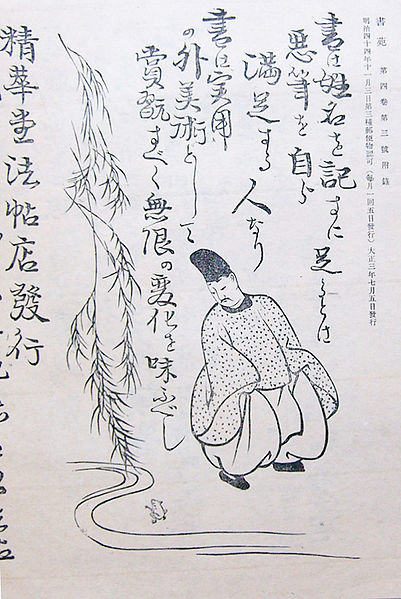 The design of the Lightning/Storm card is somewhat abstract and it depicts the strong storms around this time of year. Typhoons usually arrive in Japan from September until November. The largest storms occur toward the end of the year. The card is filled with lightning and rain. The black and red form the outline of a tornado, or waterspout. Traditionally on the bottom is a large drum symbolising thunder.
December (Priest's Run)
Kiri (Paulownia) 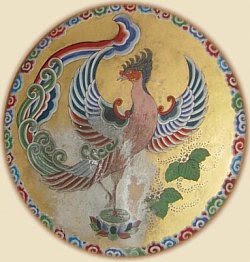 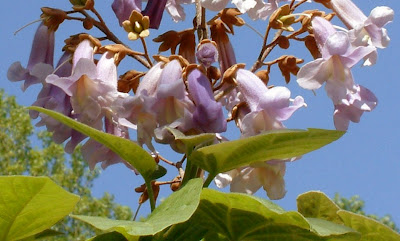 December is represented by the ‘Kiri’ (Paulownia) plant. The Kiri is the official symbol of the Prime Minister of Japan and of the democratically elected system of government. This was the 'Mon' (symbol) of the Toyotomi clan that ruled over Japan prior to the Edo period.

The most influential figure within the Toyotomi was Toyotomi Hideyoshi, one of the three 'unifiers of Japan'. Oda Nobunaga was another primary unifier and the ruler of the Oda clan at the time. Hideyoshi had joined Nobunaga at a young age but was not highly regarded because of his peasant background. Nevertheless, Hideyoshi's increasing influence allowed him to seize a significant degree of power from the Oda clan following Oda Nobunaga's death in 1582. As the virtual ruler of the most of Japan, Hideyoshi created a new clan name 'Toyotomi' in 1584 and achieved the unification of Japan in 1589. 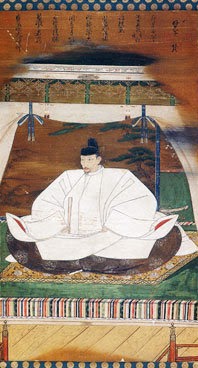 When Hideyoshi died in 1598, his son Toyotomi Hideyori was still an infant. Five regents were appointed to rule until his maturity and conflicts among them began quickly. In 1600, Tokugawa Ieyasu deposed Hideyori and took power after winning the Battle of Sekigahara. In 1614, Hideyori came into conflict with the Tokugawa clan, leading to Tokugawa Ieyasu's Siege of Osaka from 1614 to 1615. As a result of the siege, Hideyori was forced to commit seppuku (ritual suicide). After his death, the Toyotomi clan dissolved, leaving the Tokugawa clan to solidify their rule of Japan. 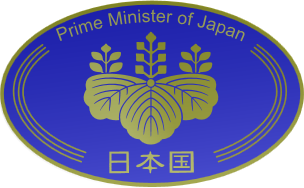