You can't get any more Japanese than Hanafuda - Part Two

The name for April, ‘Uzuki’, refers to the deutzia flower or ‘Unohana’, a flowering shrub. This is a popular flower in Japan that signals the beginning of summer. 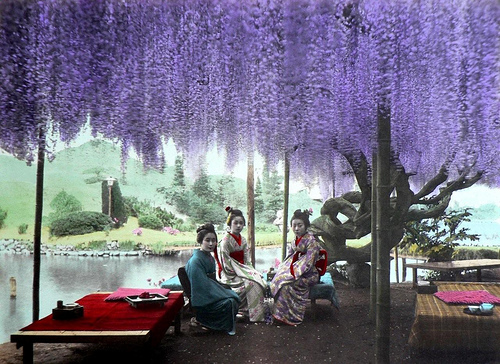 April is represented by the ‘Fuji’ (Wisteria) blossom. In April and May, purple Fuji blossoms hang from boughs in many gardens. The Cuckoo and Wisteria are often shown together as symbols of late spring and the beginning of summer. The cuckoo usually calls in the dark of summer nights. The call of the Cuckoo is said to sound like someone calling, ‘return home’. The Japanese Cuckoo or ‘Hototogisu’ is often shown flying across the face of the moon. This image signifies honour and advancement in status and refers to the story of the samurai Yorimasa. The story is told in the Tale of Heike about the battles between two warring clans at the end of the twelfth century. The Heike Emperor was plagued every night by a flying monster. After several nights of failed attempts to banish the monster, someone suggested that the samurai Yorimasa ‘is a man who could subdue a monster’.

Yorimasa was a distinguished samurai who had served with bravery and success in many battles but had not gained the recognition or honours that he deserved. Yorimasa was already in his mid-forties and had semi-retired to be a Buddhist monk when the monster appeared. He was not interested in fighting any flying monsters but he could not refuse an Imperial order. Yorimasa stood bravely in the Imperial courtyard waiting for the monster with his bow and arrows. He armed himself with only two arrows. One for the monster and in case he missed the monster, one for the man who nominated him for the job. Fortunately, Yorimasa shot the monster out of the sky with one arrow. 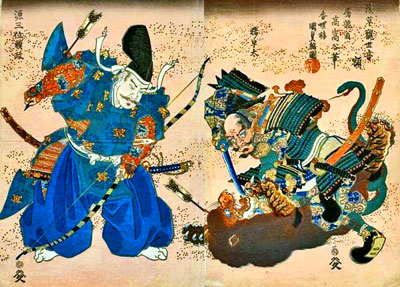 After the monster died, the Emperor rewarded Yorimasa with a special sword. As he was being awarded, a cuckoo flew overhead calling in the night. Yorimasa then recited the following poem:


The cuckoo's name soars,
its cadence resounding
in the realm of the clouds

It was merely drawn forth
by the sinking crescent moon

The first verse speaks of how he finally returned from retirement and achieved the great name and honour he deserved in the Imperial Palace or ‘Realm of the clouds’. The second verse acknowledges that his greatness is only due to his service to the Emperor, symbolised by the moon. The second verse can also be read to mean, ‘The shot from my drawn bow was in the hands of fate’ and that modesty is very important. 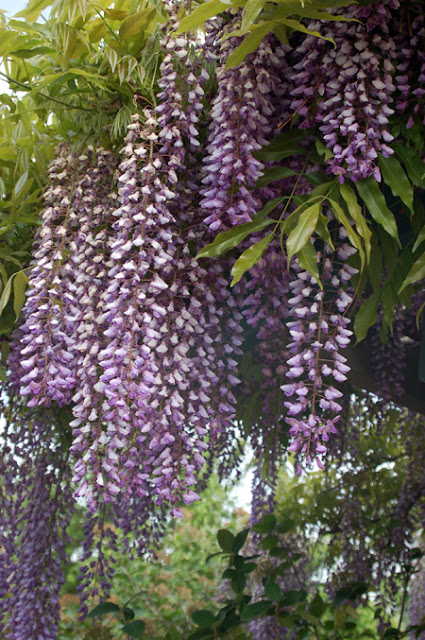 The name of the month refers to the time when Rice seedlings are transplanted. When cultivating Rice, the seeds are sown in a small field in the spring. When the seedlings have sprouted they are transferred to a flooded field where they will grow until they are harvested. The flooded fields not only provide water for the Rice but also control weeds and rats that can damage the young crops.
May is represented by the ‘Ayame’ (Iris blossom). The Ayame represents virility and is often displayed on Boys’ Day (5 May). The five point card depicts the ‘Ayame’ alongside a bridge. This is a reference to a chapter from ‘The Tale of Ise’, a collection of poems from tenth century Japan. ‘The Tale of Ise’ is a very well-known piece of Japanese literature.

The story is about a member of the Imperial Court in Kyoto who was assigned to a new post far to the East. He left his family behind in the capital as he travelled on his long journey. Along the way, he and his companions lost their way. They came to a place called ‘Yatsuhashi’ or ‘eight bridges’. This was a swampy area where a large river split into eight smaller rivers. Each of the rivers was crossed by a bridge. The whole area was filled with blooming Irises. The court official was feeling rather sad, was lost and missed his wife. The men stopped to rest and the court official wrote the following poem:
Karagoromo
kitsutsu narenishi
tsuma shi areba
harubaru kinuru
tabi wo shi zo omou
Translation:
I have a beloved wife
Familiar as the skirt
Of a well-worn robe
And so this distant journeying
Fills my heart with grief
At first glance, the poem seems to have nothing to do with Irises. However, the poem is an acrostic. The first letters of the Japanese poem spell out ‘ka-ki-tsu-ba-ta’ which is the Japanese name for the species of iris that filled the marshes.
The story had special significance to the lords of Edo Japan. At the time, the Tokugawa Shogun came up with a way to keep any rivals from starting a rebellion from their home provinces. He required every lord to spend part of the year in the capital Edo (present day Tokyo) and part in their home province. When the lords returned home, their families were kept as hostages in Edo—a guarantee that they would stay loyal while away. Also, the additional expense of maintaining two households and travelling back and forth prevented any rivals to the Shogun from getting to be too powerful. 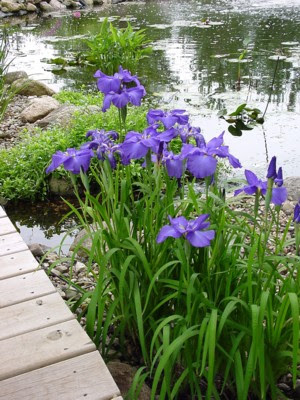 The name for the month ‘Mi-na-zuki’ is an example of ‘Ateji’. The name Minazuki is made up of three Chinese characters: (water-not-moon). The middle character for ‘not’ was often substituted as the Ateji, or phonetic equivalent, for ‘na’ which is the possessive article ‘of’. So Minazuki can be read as both ‘the month of water’ and ‘the month without water’. June is usually toward the end of the spring rainy season. There is plenty of water and the rice fields are all flooded. The name of the month could be referring to the flooded fields or the end of the rain.
June is represented by ‘Botan’ (Peony), a beautiful flower native to China. In China and Japan the Peony is a symbol of wealth, good fortune and prosperity. The Peony is known for its medicinal properties and large fragrant flowers. It is often shown with butterflies in Chinese and Japanese paintings. The flowers are full of nectar and attract many insects. 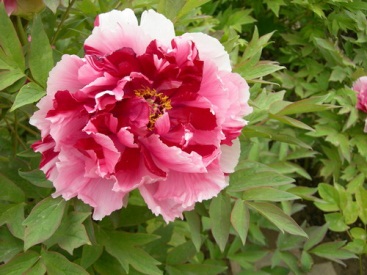