Given Japan's less than honourable history with Korea, it seems strange that Hanafuda or Hwatu (as called by Koreans) are popular over there.  The far right in Korea are actively looking to ban Hwatu on account that it is a remnant of Japanese colonialism (1905-1945).  You can't get much more Japanese than Hanafuda.  The main game played by Koreans is 'Go-Stop', a game which to my shame I still haven't got around to learning!  This post however is going to focus on the types of decks you can buy in Korea.

I managed to purchase a few decks whilst over in Seoul and prior to my trip I had also imported a couple of decks.  The decks themselves are quite cheap and made of PVC, many have a sheen to them but some are matte. The cards are more robust than their more expensive Japanese counterparts.  You can easily find them in convenience stores or markets, although I didn't see too many of them in central Seoul stores, I easily found them in the 'suburbs'.

Most decks seem to follow the traditional Japanese pattern with a few exceptions.  The brights use the Chinese character for 'bright' on them, something not found on Japanese Hanafuda, whilst some decks utilise arabic numerals to denote the month of each suit.  The Harvest Moon card usually has the makers logo or some other symbol printed on it (much in the same way the Ace of Spades is embellished on Anglo-French [Western] decks).  Another feature not found in Japan* is the use of Jokers.  These tend to differ from deck to deck.  Some are bonus cards (for extra junk cards) whilst others are, well, I have no idea.  It is also interesting to note that the 'Ame' and 'Kiri' suits swap places in the calendar month in Korea.  So, 'November' becomes 'December' and vice versa!

*Some old Japanese hanafuda included a Joker, either 'Oni' or a Tengu mask. 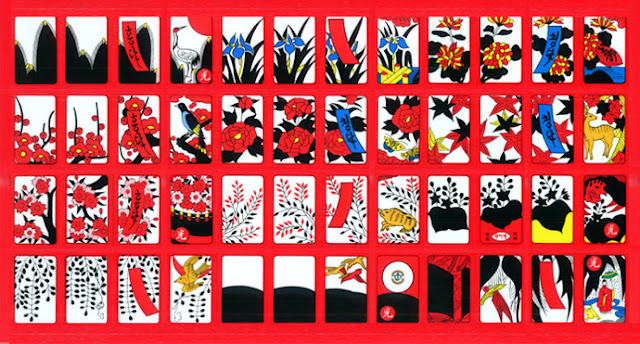 I have got this 'Rainbow' deck 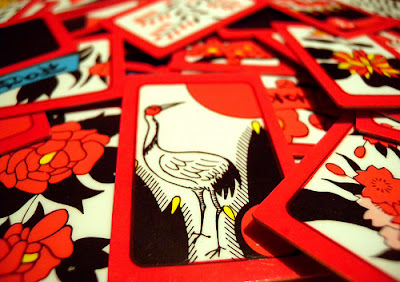 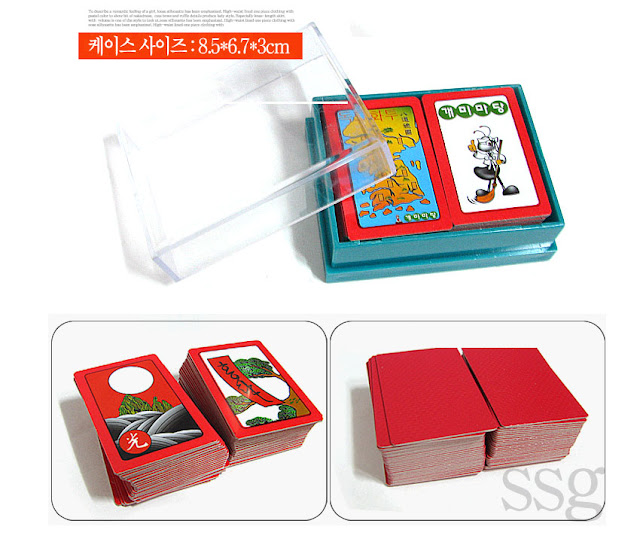 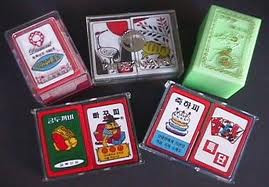 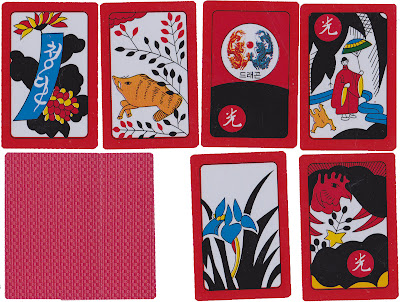 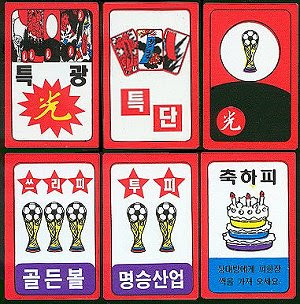 Modern Hwatu from hatoo.net (I have all of these decks)

I have this set! 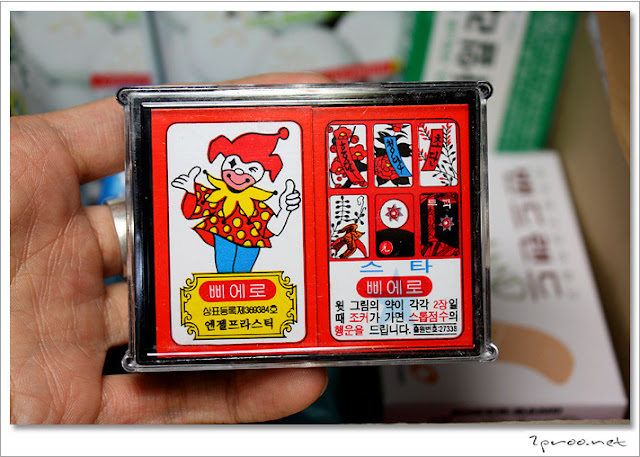 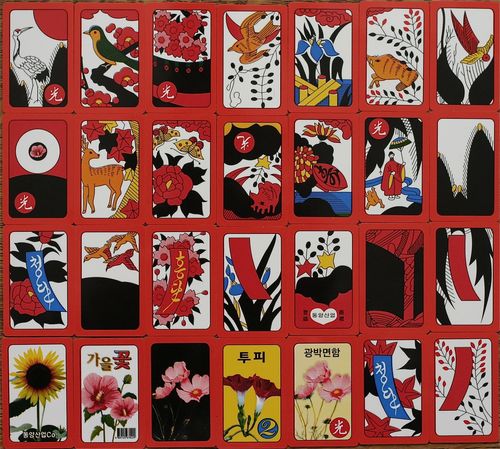 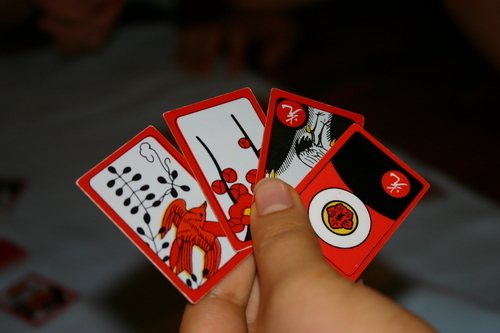 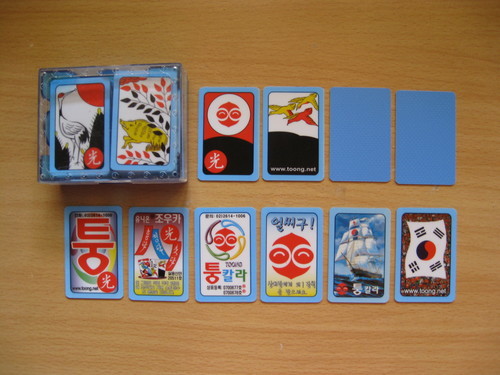 Email ThisBlogThis!Share to TwitterShare to FacebookShare to Pinterest
Labels: Hwatu